Plans the current detour will remain in effect until Fall 2019. The detour configuration may modify as work progresses. 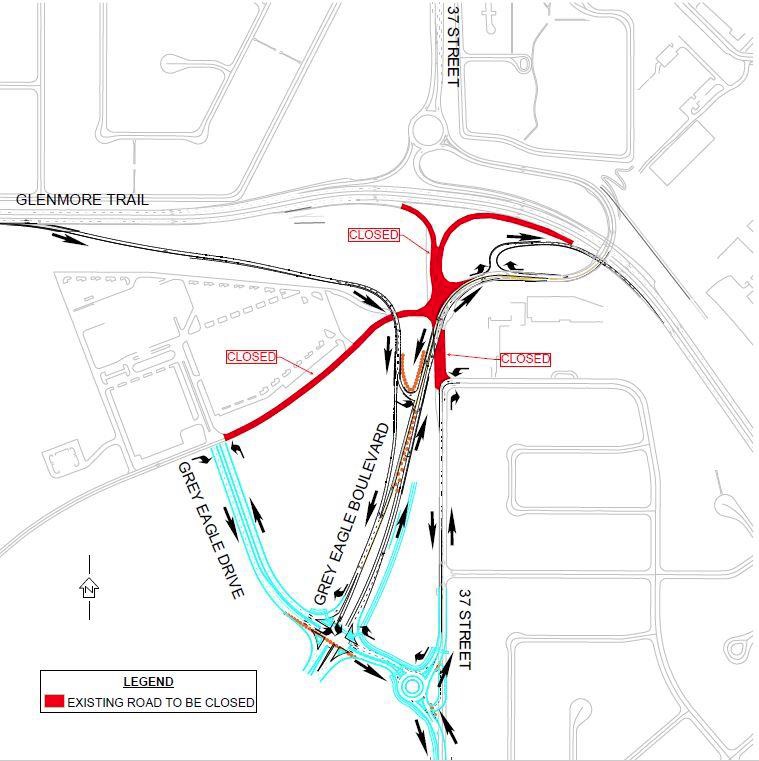 Grey Eagle Boulevard will connect to an interchange that will provide access to 37 Street SW south of Glenmore Trail.

The permanent closure of the following intersections has been delayed until 2019 to minimize disruption to the travelling public:

Intermittent closures before 2019 may still be required on an as-needed basis. This schedule change was made following public consultation with road users in the areas.

Connect with us on